Chinthaka, is extremely enthusiastic about Open Source because it is a technological revolution driven by market demand. It frequently produces higher-quality, more secure, and easier-to-integrate software than the traditional mode, and it does so at a much faster and often lower cost.

He has been a Red Hat Linux and Open Source evangelist for over 20 years, and his academic credentials include a Bachelor of Science (Special) Degree in Mathematics from the University of Sri Jayewardenepura in Sri Lanka.

He had the honor of being the first Red Hat Certified Instructor (RHCI) in Sri Lanka, as well as receiving hands-on RHCSA, RHCE, RHCVA, RHCDS, and RHCA certifications from Red Hat Inc USA, the multibillion-dollar global leader in Enterprise Linux and Open Source Middleware, Virtualization, and Cloud Computing.

During his tenure, his passion for open source led to the establishment of OpenED in 2011, an award-winning Red Hat Certified Training Partner in South Asia. As the primary trainer at OpenED, he was able to produce hundreds of RHCE certificate holders, as well as the first seven RHCA certificate holders in Sri Lanka.

Over the last two decades, he has delivered hundreds of Open Source IT solutions to many of Sri Lanka's largest corporations. He has also contributed to a number of successful Open Source solution start-ups and has demonstrated entrepreneurial skills in the development of new businesses.

He was also able to offer consulting and training in the Philippines and Vietnam.

Chinthaka joined Cybergate in 2016, after serving as an external consultant since the company's inception in 2002. Cybergate is a cutting-edge ICT industry solution provider specializing in telecommunications and network security. Cybergate is currently Sri Lanka's leading Red Hat Certified Training Partner.

He also work as an external DevOps Architect consultant for the LK Domain Registry, which is a critical component of the country's IT infrastructure.

He is very happy as he has been able to make a significant and unmatched contribution to Enterprise Linux and Open Source skill development as a pioneer of the IT industry of the country and continuing at Cybergate as the CTO and the Director of Training for Red Hat Technologies Training and Certifications.

Today, he is pleased to see that many young engineers are boasting on Linked-in about their Red Hat Certification achievements. Though they have not learned from him, their instructor has a connection to him as a result of his pioneering efforts in this segment of the country's IT industry. 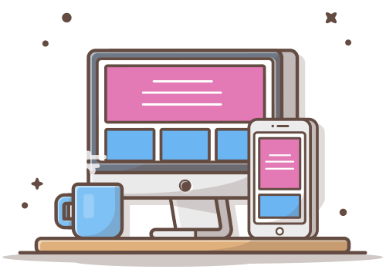 Instructor is not available for meetings...